The campaign to beat the pandemic 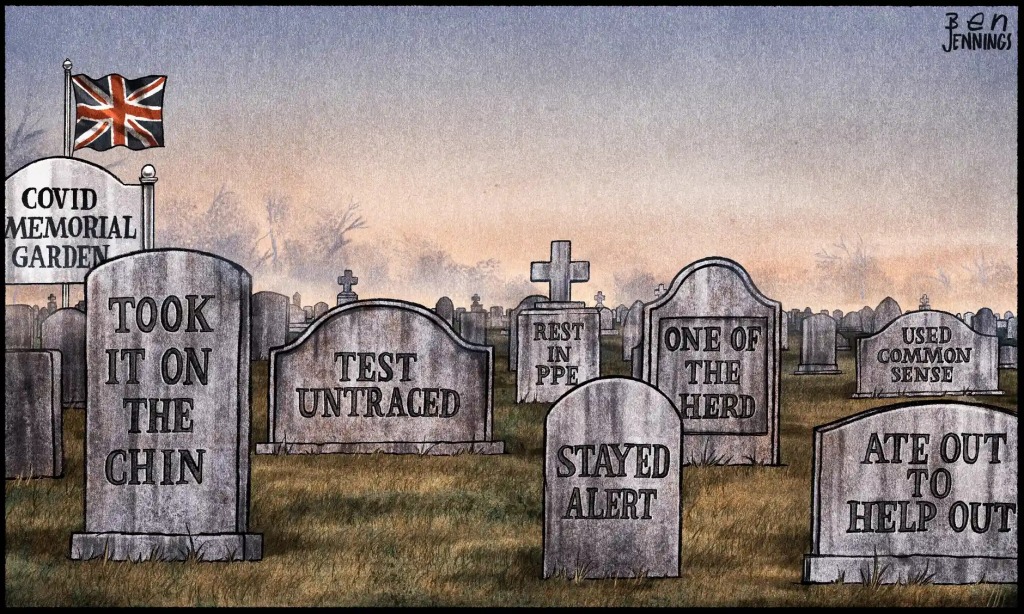 Comment None of us are safe until we are all safe

When, late on a winter’s Friday afternoon, I received a text inviting me to book an appointment for a Covid vaccination I was taken aback by the intensity of my feeling of relief. It was as though a weight had been lifted off me – a weight I didn’t realise had been crushing me down from the time I first learnt about Coronavirus.

I am someone with ‘underlying health conditions’, someone who is ‘clinically extremely vulnerable’. I’ve been chronically ill all my adult life. I have had major operations; years of searing pain; I have lost decades of my life to chronic fatigue; I have been in intensive care and know what steroids and opiates do to your head as well as your body. I didn’t need the government to tell me to stay at home to protect myself. I knew that Covid could kill me and what a Covid death would involve.

Over 2.2 million of us have been stuck indoors, often alone, for months and months. We have received minimal support – relying on friends, neighbours and local volunteers for the most basic help. School children are not alone in needing laptops, broadband and tech help. Short term self-isolators are not the only ones who need a massive increase in financial support.

Our unmitigated joy at the prospect, and then the reality, of vaccination should not be underestimated. Most of us are of an age and/or disability to know and understand pain and grief. We did not expect to escape being counted amongst the hundred thousand and rising who have died an unnecessary, preventable, painful obscenity of a death as the virus has been helped to spread by this Tory government’s inhumane and heartless policies.

And, despite the miracles being wrought by the world’s scientists, we cannot yet be sure that we will escape that fate.

The conventional line is that the Tory government is incompetent – and of course it is. But it isn’t incompetence which very efficiently handed out £21.6 billion worth of contracts for PPE, hospital supplies and an outsourced failed test and trace system to a raft of politically connected companies and individuals;  which embraced, and then denied embracing, a herd immunity strategy; which pledged ‘whatever it takes’ funds to local authorities and then reneged on that promise; which spent £840 million on their Eat Out SuperSpreader while refusing to feed kids during half term; which for a decade ran down, underfunded and privatised our ‘world beating’ National Health Service – and then clapped as staff from overseas were shown the door in the name of taking control. None of that was due to incompetence. Rather, it was a brutal demonstration of the dominant political and economic ideology of our times – one based on individualism rather than collectivity, competition rather than mutuality, big business rather than public health – Profit before Patients, Profit before People, Profit before Life.

The death rate is obscene, and all the more so when you discover that it doubled in just 76 days – 76 days which included Christmas and the on-off opening of schools, and this current phoney lockdown. And just look at the lockdown. It designates estate agents as key workers, allows employers to insist workers come in regardless of health and safety on their commute as well as at work, keeps non-essential construction sites working, allows cleaners to go between homes but bans your mum from visiting, leaves the homeless to freeze on the street, keeps nurseries open but closes reception classes, and provides so little support that only a tiny minority of those who must self-isolate if the virus is not to spread further can afford to do so.

Two young men have been fined £10,000 each for organising a snowball fight. But where are the big fines for bosses threatening workers with the sack if they object to being put at risk? The BBC reports that between 6 and 14 January, the Health and Safety Executive (HSE) received 3,934 complaints relating to coronavirus and took enforcement action in just 81 cases, usually a verbal or written warning, with only one company facing tougher action.

Johnson and his ministers are being quite rightly castigated for saying that ‘they did everything they could’, and the list of their failures is getting longer and longer. But we are not seeing any alternative on offer.

The death rate is expected to increase exponentially over the winter months and the age groups being hospitalised and dying are becoming younger. There is a clear danger that, as vaccines are rolled out, the virus will develop the ability to bypass them through mutation, so they either don’t work, or work less well, against new variants.

Our futures cannot rely on vaccines.

They are only half the story – and can only be half of an effective strategy.

Because none of us are safe until we are all safe.

In the UK, the plan is for 14.6 million people in the top four priority groups to receive the first dose of vaccine, then 17.2 million in the next five groups. That leaves 21 million adults who may receive their first dose by the autumn – and their second three months later, by next Christmas. Those figures don’t include children and assume a steady supply of the vaccine will be available.

And, despite a good start to the UK vaccination programme – noticeably run by public sector health experts rather than privatised profiteers – the wheels are already starting to come off. Distribution is erratic, essential second doses are being delayed and, more seriously, we are seeing the beginnings of the vaccine wars, so predictable when we live in a country ruled by protectionists and nationalists, who have just bragged about brokering an acrimonious divorce from our nearest trading neighbour. A mix of EU bureaucracy, vaccine nationalism and the interests of Big Pharma are a potentially fatal combination. And of course this vaccine nationalism isn’t just about the UK and the EU. Just 25 doses of vaccine have been administered across all poor countries compared with 39 million in wealthier ones. I’ll repeat those figures – 25 compared to 39,000,000.

This is a global pandemic. None of us are safe until we are all safe.

An alternative – and additional – strategy to vaccination is essential.

Vaccination has to go hand in hand with a policy of elimination.

That is the policy which has been followed by countries as diverse as New Zealand, Taiwan, Vietnam and Australia. Closer to home, it has also been followed by the Isle of Man, which is now Covid free.

It is not too late for that policy to be adopted here. If it isn’t we will be left hanging around in on-off lockdowns waiting for the death knell for the next 100,000 of our loved ones. And then the next 100,000.

What does a proper elimination strategy involve? It needs a short, sharp, hard lockdown to drive down case numbers combined with and followed up by an effective, public sector track and trace system, comprehensive testing and quarantining for all UK arrivals. Workplaces and shops need to be made safe (the trade unions know how to do this even if employers don’t), with properly funded and supported self-isolation – either at home or in good alternative accommodation – as well as physical distancing and mask wearing. In this way community transmission of the virus can be slashed so that vaccination will have time and space to work and mutation is less likely.

Few if any of those in power seem to grasp that this strategy minimises costs and disruption to education and business, as well as saving the most lives. Instead, Groundhog Day is back – yet again the Tory right are calling for an end to the lockdown and Labour are calling for the schools to reopen. Both anthropomorphise the virus and want us to think it is going to consult its calendar to check term and bank holiday dates – half term maybe, Easter definitely!

The government can do this. It is doing it this week in response to the South African variant – testing, testing, testing (anyone else remember the WHO calling for just that last March?), using local authority public health experts, with Matt Hancock stating that they are coming down hard on the virus and that their goal is to eliminate every single case.

This is the opportunity Labour needs to embrace a full elimination strategy and, rather than piecemeal criticisms, Labour must put forward a detailed and comprehensive package of the measures that should be taken immediately if not just schools but our whole society is to be able to get on with our lives and plan for a better future.